Tumors of the Orbit: Recent Updates and Diagnostic Approaches

We did not receive a Clinical History for this case.

A 39-year old African male sought treatment for progressive proptosis of his left eye, decreased vision, and binocular vertical diplopia worsening over two years. At his initial presentation, ophthalmic examination showed a best corrected visual acuity of 20/25 in the left eye, intraocular pressure of 37 mmHg and no afferent pupillary defect. A month later his visual acuity decreased to 20/60 in the left eye. There was no obvious exophthalmus present at that time. He was lost to follow up. He returned to the clinic 8 months later. His visual acuity was 20/200, pinhole 20/40, with a positive afferent pupillary defect and IOP of 25 mmHg OS. He had 7 mm of exophthalmos on the left eye, as well as choroidal folds and blurred left disc margins. Humphrey visual field revealed a left inferonasal defect consistent with the left supero-temporal orbital mass. Magnetic resonance imaging of the orbit revealed a well- defined, heterogenous mass measuring 21mm x 23 mm, likely arising from the left lacrimal gland (see picture). He had limited extraocular muscle motility but showed no pain. Given the progression of symptoms, the mass was excised completely via a lateral orbitotomy approach and submitted for histologic examination. The patient’s best corrected visual acuity was 20/50 on post operative day 1 and 20/30 on day 2 with no afferent pupillary defect, IOP of 15 mmHg and color vision 11/11. Grossly, the tumor measured approximately 2 x 2 cm and was fairly well circumscribed.

MRI of the lesion was performed before the excision (figure 1).

A 55 year-old woman presented with right eye pain and proptosis, eyelid swelling, and abduction limitation progressive over several months. Orbital CT scan, MRI, and angiography demonstrated a well-circumscribed, highly vascular mass situated adjacent to the optic nerve, displacing the globe laterally and downward, and supplied by branches of the right ophthalmic artery (Figure 1). Due to the marked vascularity and high arterial flow within the mass, intra-arterial embolization of the ciliary feeding vessels was performed and followed by orbitotomy with resection of a 2.7 x 2 x 1.5 cm, irregularly shaped lesion with a glistening, bosselated and hypervascular surface (Figures 2-7).

Clinical History 34 year old man was referred to oculoplastics service for evaluation of a right orbital mass. The patient was noted to have strabismus as an infant for which he had corrective surgery at age 18 months. At age 7 his parents noted a "lump" on his forehead. The lesion was resected and the parents were told it is a neurofibroma. Around age 16 he presented with balance difficulties, morning headaches and nausea and his parents noted that his right eye was beginning to protrude. It was felt that this may be due to a tumor and the diagnosis of neurofibromatosis was suspected. Family history is negative for neurofibromatosis. MRI showed bilateral vestibular tumors as well as a right orbital tumor which extended from the cavernous sinus. He underwent subtotal resection of the left vestibular schwannoma. Tumor regrowth necessitated re-resection and radiation therapy for his left vestibular schwannoma. He did well with the surgery but lost his hearing and had some mild facial weakness. Several skin lesions were noted on his arms. His proptosis continued and exam showed marked decrease of vision. On examination there was a large exophytic mass in the right orbit with eversion of the eyelids. He has no extraocular movement on the right side. The left pupil is round and reactive to light. The extraocular movements are intact on the left. Asymmetrical facial movements are noted and there is right facial droop. The tumor extends up the forehead to the vertex (measuring 5.0 x 4.0 cm). There was no light vision on the right. MRI shows a large homogenously enhancing mass centered in the intraconal right orbit which is heterogenously enhancing and compresses the right globe and optic nerve. The mass extends to periorbital extracranial tissues in into the scalp and forehead. Posteriorly the mass extends through the orbital apex and superior and inferior orbital fissures into the skull base. The patient underwent right orbital exenteration. 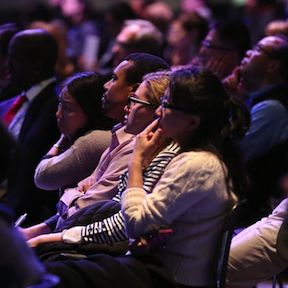